Batch of S21 - To build a house, start with a sand castle

The intriguing story behind the easy and efficient onboarding for construction workers, which is not the worst idea investors have seen. 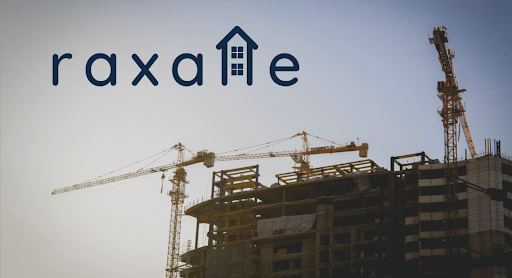 This story starts like most stories do - on a cold winter morning, guiding a massive concrete truck to a construction site in morning traffic and trying not to bump into too many kids on their way to daycare. As the tires screech once again and the truck comes to a sudden stop a few meters short of a news headline, the person guiding the truck with his glowsticks and signs can’t help but to think of two things: having that second cup of coffee would’ve helped, and some onboarding before the sudden career switch from a construction worker to traffic warden would’ve been nice.

The story picks up again at another construction site, this time on cleaning duty. The protagonist has just spent the better part of his day trying to find his way around the new site and get his hands on some cleaning equipment. This time, he had that second coffee, so it must be the hastily and loosely administered onboarding that is to be blamed for his lack of productivity.

Devastated by the lacklustre onboarding experiences, the protagonist goes on a ranting spree on a popular instant messaging tool. In a miraculous fashion, one crazy finds another as a familiar soul joins the rant. To call it the love story of a century would do no justice to the incinerating passion for construction industry onboardings that the two seem to share.

After an intensified rapid period of dating, the two decide it’s time to make it serious, and they join the cult at Kiuas. With their mission of making construction site onboardings easy and efficient, the two devise a game-changing solution. It’s called AI-backed hyper-scalable B2B SaaS two-sided platform enterprise system solution using the latest machine learning principles. This turns out to be just what your average construction worker needs to be onboarded.

As the solution is clearly clear, it’s time to build the company. Powered by their construction industry experience, the duo starts building the company like one builds a house: first the roof, then the electricity, and then a few walls and pillars here and there if there’s time. However, misfortune arrives as the winds of reality and unpleasant truths knock down the construction before it has fully started.

Enlightened by the misfortune, the duo goes back to the beginning - building easy and efficient site onboardings for construction workers. As for building a company, this time, the two settle on starting out with a sand castle instead of a house. But it’s a really nice sand castle, with solid foundations, and the two are having a lot of fun tapping away at it. They name the sand castle Raxalle.

Despite having course-corrected, Tuukka and Lauri - the crazy two behind Raxalle - have no idea what awaits them. But they don’t mind. They find solace in oblivion and peace in ambiguity. What drives them forward and gives them courage amidst the risk and uncertainty not only the feedback received from customers, but also the words of a prominent investor: “I’ve seen worse ideas”.

Questions answered by Lauri and Tuukka

What was your childhood dream job?
Lauri: A medieval knight, perhaps, but the employment market looked poor for that career path. Sometimes I think back and can’t help but wonder if I made the wrong choice not pursuing my childhood passion.

‍Tuukka: My mom has told me this story that at some point in my childhood I stated that “When I grow up, I want to be Tarzan”. I have since learned that becoming a Tarzan in the cold Nordics is a bit inconvenient. A loincloth only warms you so much. In other words, I am happy with my current startup starter pack including sweatpants and a hoodie.

If you would get 1 billion euros right now, what would you do?
Lauri: after buying some necessities, such as happiness and a better personality, I would heed the advice from a prominent Finnish investor: it’s possible to go from ultra rich to moderately wealthy in a fairly short amount of time by investing in startups. I believe I could learn to do that.

‍Tuukka: Give it back to the European Central Bank. I think they are in desperate need of some cash. If, however, the ECB politely declined my offer, cryptos or gold are viable options as well. Nevertheless, don’t ask me. I heard one can get great investing tips from Reddit.

Tuukka: If we could have internet without social media, then I would choose internet. But as long as the content on internet is mainly nonsensical photos of blueberry smoothies and self help sessions accompanied with chia puddings, I do not see any point in spreading that across the globe. So perhaps the flying vehicles then?

Lauri: what do you have against chia puddings?

If you could change one law in Finland, what would it be?
Lauri: I think our society has come to a point where changing one law is not enough to get us back on track, so I would look into changing many laws. Doing that, I’d make sure to dilute reasonable and societally beneficial suggestions to a point, where I can communicate inspirational ideas, but make sure that the law mostly benefits my own constituents and has enough exceptions to it that my own position to act in society’s benefit in the future is secured!

‍Tuukka: Do you know those signs that marrying couples put alongside roads to guide the guests to the wedding reception? Apparently you need a permit for that. I mean you need a permit from the Centre for Economic Development, Transport and the Environmentfor for putting up a sign saying something like “Tuukka & Lauri wedding reception, take the next right”. What an unnecessary thing, and so undemocratic! I would make the permit application process follow the democratic process. In short, if I had the power, the permit would be applied from the municipal councils where the democratically selected representatives could vote on it. Power to the people on the decisions that affect their lives the most!

Ideal vacation: a) A ride to space and back, b) 2 weeks in an all-inclusive, all paid beach resort, c) a week of alpine ski-hiking and riding in the Alps.
Lauri: I would love to go to space, and in fact, many people have expressed interest in sending me there. But as a vacation, no way! Vacations are meant to be relaxing. How would I be able to relax and enjoy the holiday with the constant stress about whether the space shuttle’s wifi will work so I can narrate the experience live on Instagram?

‍Tuukka: Combine all three! A total of three weeks in Mars: first two weeks on a beach resort on the shores of the historical seas in Mars, followed by a week of skiing in the Olympus Mons. I wouldn’t even need a ride back after that! Can you suggest this to Elon, I think he might be interested?

Ax22S - Cut the middlemen, make sure no one is overbooked and grow sustainably

The story how Jyrki and Johannes saw the problems in technology consulting business and decided to make a difference.

Ax22S - Every child and parent will love it – Moi Panda helps both children and parents make friends worldwide!

Ax22S - Why is Swmp creating a marketplace for just letting nature be as it is?