Space chameleon! Or maybe space cow? I need to think about this one on my next visit to the space zoo.

Introducing one of our two newest addition to the Kiuas Team! People of all genders, let us present you Wess! ✨ 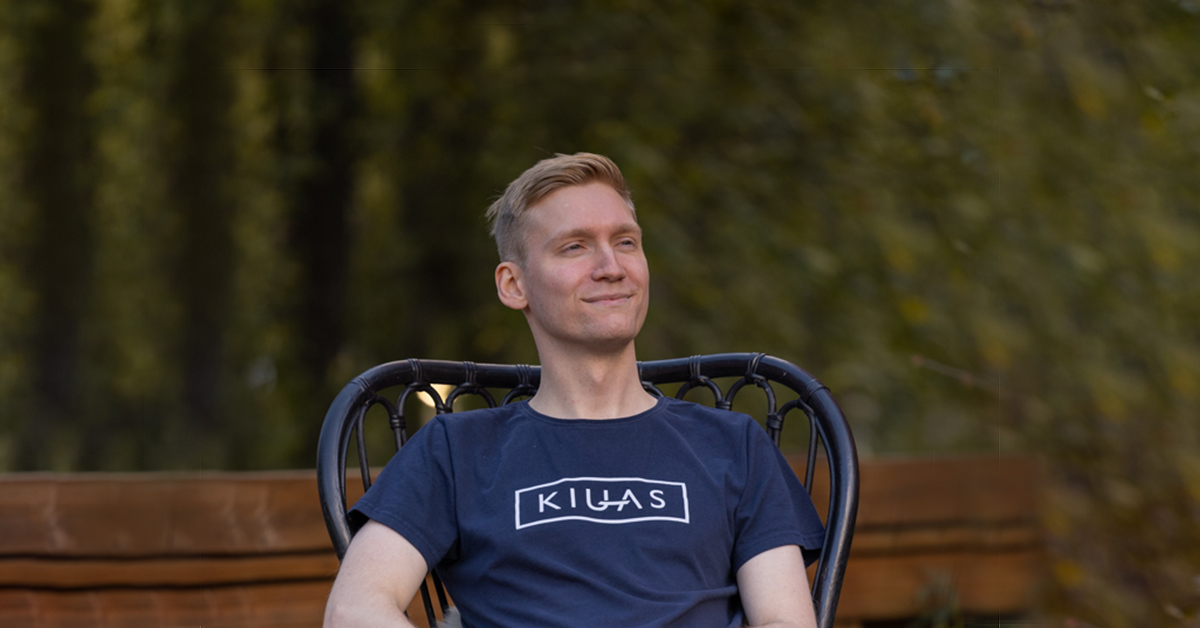 In the spring we made the decision to double down on Kiuas Inside. We needed a brilliant and ambitious mind to develop our platform and make it reach its full potential. Well, as it happened, we found that perfect mind to boldly take Inside where no platform has gone before. Wess has a strong background in software and we're extremely lucky to have him in our team!

Hello! I'm Riku, also known as Wess. Originally from Eastern Finland, then moved to the Helsinki area to study Computer Science and Engineering in Aalto. I've been interested in programming since I was a kid, so studying computer science was a somewhat easy choice for me. Now I'm almost graduated, just need to write a small thingy, meaning my Master's thesis. During my years I've also spent some time in Belgium and in Hong Kong.

Outside of work and studies, I like to spend my time going to the gym, doing sports, playing games, watching interesting series, and hanging out with friends! I hope also to be able to travel more now that the world becomes more open again. I really enjoy exploring new places and meeting new people. I could be described to be ambitious and adventurous, but at the same time I'm also a stereotypical introverted Finn who likes saunas and salmiakki (salty liquorice). And I warn you, dad jokes are the best jokes!

What is your spirit space animal?

Space chameleon! Or maybe space cow? I need to think about this one on my next visit to the space zoo.

How did you end up in Kiuas?

I had been thinking for some time that it would be really nice to work in a startup and develop their product. I had already worked in multiple IT companies, but never in a small startup. Then, before I really started to write my Master’s thesis, I found out about this position. Decided to apply, got the job, and not regretting it. Perfect combination of startups, software development, service design, and amazing events. I plan to found my own startup sometime later so it's super interesting to get to know all the startups and I'm learning something new every day!

Tell us about the upcoming Inside developments.

We will be releasing a new version of Kiuas Inside soon! First it's going to be mostly backend changes that are not so visible for users, other than that many bugs will be fixed. Hopefully we won't introduce any new bugs! We will then start creating more cool features to help you have an even better experience at Kiuas Inside. If you have any suggestions or wishes, feel free to send us a message, and remember to join Inside if you already haven't!

Where would you like to see Kiuas by the end of next year?

I hope we can grow our Kiuas team and help even more startups! I would like to see a very diverse group of startup teams that can have a big impact on our lives.

"I named myself Tribore because even if I try to bore you, I can't. I'm too interesting"

The Kiuas Team grew in the summer, and one of our superb additions is Magret! 🎉

Excited to announce a whole new world of possibilities for our Kiuas Alumni and Community with the services provided by VALO!

Konecranes joining as an Inside Partner

Konecranes is a world-leading company serving a broad range of customers from manufacturing and process industries to shipyards, ports and terminals.