Batch of S21 - How we came up with the idea for Skole?

From students to students, the story behind the app for sharing information anonymously between students all over the world 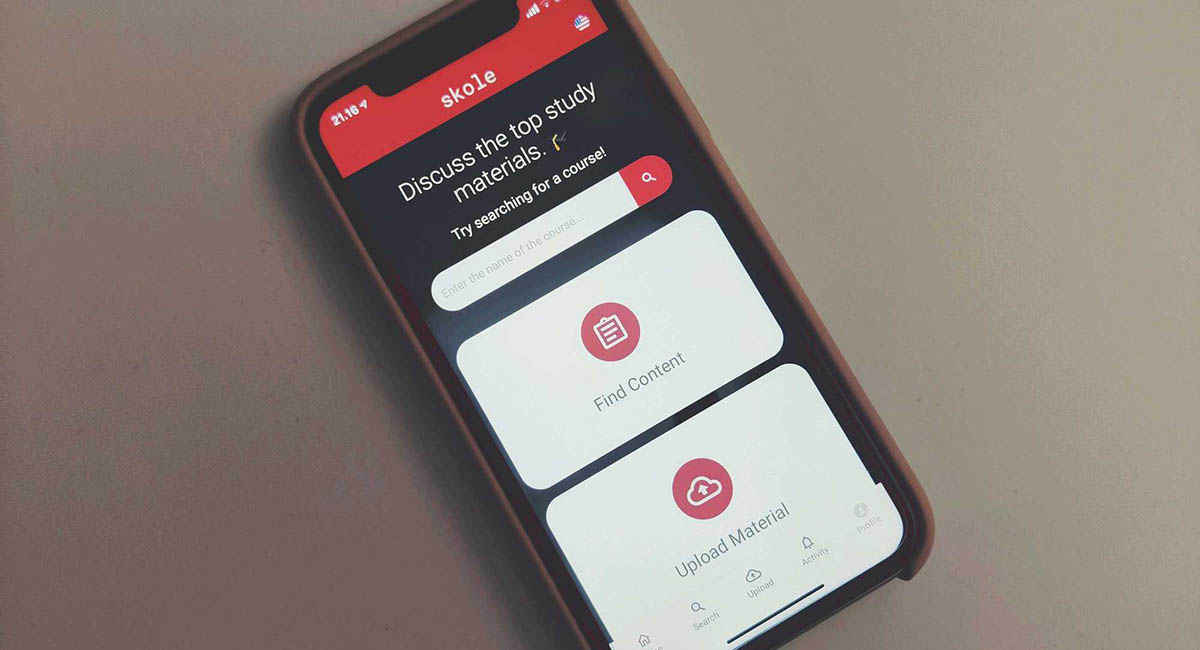 As a student it's easy to spot problem areas in the life of education. In fact, that's how Skole got started. We, four software engineering students who were all entrepreneur-minded by nature, were seeking for extracurricular activities to build something useful for ourselves and to have fun while at it. At that time we were brainstorming several ideas on what wanted to build and someway we ended up on the worst possible idea business-wise; a free app for students. We decided to pursuit the venture based on the fact that we considered the underlying problem real, and we believed that it could be solved by four technical founders. We also thought that we were the best people to solve the issue as students.

What's the big problem then?

Even though we were social and often collaborated with our peers on our studies, we still saw this huge pit in the information sharing between students; people are forming their own study groups in messaging apps like WhatsApp, Telegram e.g. to collaborate and solve their study problems together. That's were the problem comes in; one has no chance but to appear by their own name, raising the bar for a lot of people to ask the "stupid" questions. In these groups, the amount of helpful folks are strictly limited to people who are in your circle of friends. What if there's some other person in another school willing to help you? How do you reach those people? How do you easily pass the information to the students who will struggle with the same issues next year? Pro tip: you don't. They will come and look for the information if it's available out there.

Skole is a free app that is available for anyone to use. We've built it with the following principles:

- Anonymity: Anyone can ask anything with no fear of being labelled as anything.

- Discoverability of information: Extensive search of information allows students to find solutions for problems that have already been solved by someone else.

- A great community: The information reaches a great audience that is not limited to your circle of friends but all student with similar interests.

Learn more about our product at https://www.skoleapp.com

What was your childhood dream job?
When I was around 10 I saw the movie Rounders for the first time. Ever since that I wanted to be a professional poker player. I thought it was the coolest and easiest profession ever and for a long time I didn't even consider anything else. It wasn't until after playing a lot in high school and realizing that the constant swings and variance just didn't suit my personality at all.

If you would get 1 billion euros right now, what would you do?
Spend probably 50M€ *very* quickly to get a house, some cars, probably a boat and/or plane. Would also splurge way too much on watches. After that, I'd probably invest the vast majority of it pretty conservatively and leave the rest for traveling and riskier investments.

Choose: A world with fast internet everywhere, anytime vs a world with personal flying vehicles. Why?
Flying vehicles would be an easy choice. Internet already starts to be quite good in most places, and the constant decrease of roaming prices has made using internet abroad very feasible as well. I'll always remember though how terrified I was about massive roaming charges when traveling with my parents as a kid.

If you could change one law in Finland what would it be?
I'd remove the fact that earning any money from a job quickly lowers the amount of study grant one gets, even if their studies are progressing well. Nothing is of course so black and white, and it's not trivial to say where the extra money would come, but I just feel that punishing the most hardworking students is not the way to go.

Ideal vacation a) A ride to space and back b) Two weeks in an all-inclusive, all paid beach resort c) A week of alpine ski-hiking and riding in the Alps
Easily the space flight. They are "quite" expensive and getting one for free would make it a no-brainer, even though I would be extremely terrified for weeks before it.

Batch of S21 - To build a house, start with a sand castle

The intriguing story behind the easy and efficient onboarding for construction workers, which is not the worst idea investors have seen.

Batch of S21 - The biggest problem with Plastic? It doesn’t rot!

Think you know everything about recruiting and job interviews? Think again.